The white potatoes originated from the Neolithic age and have spread largely into the present times. Nowadays, potatoes are cooked and eaten in several ways. In the United States, for example, before the 1950s, Americans ate the white potatoes fresh. But later on, as the processing technology became more sophisticated, processed potatoes like the French fries and hash browns have significantly risen.

(Learn More On How To Incorporate A Potato Free Diet With PaleoHacksCookbook- Available Here!)

People have extensively embraced it. But, is the white potato healthy? A lot of contradictory ideas have been developed regarding the health benefits and foes of the white potatoes. While people think that they are a good source of starch, others do have contrary opinions. Now here comes another riddle;

Are white potatoes good for paleo?

Well, perhaps it will be good to first know a little history of the white potato. The white potato became widely cultivated in the 15th century among many European countries. Initially, Inca Indians in Peru, between 8,000 BC and 5,000 BC, were the first to cultivate white potatoes. This was way long after the Paleolithic period was over. So, it means that the cavemen must have missed it. This is the point that has driven many to believe that white potatoes are not fit for the paleo diet.

Benefits of a potato-free diet

Research have recently revealed that the white potatoes are a serious contributor to this problem. A research done at Harvard school of public health that was meant to track 120,000 individuals for 20 years found out that people who consumed more of French fries and mashed or baked potatoes recorded a serious increase in weight gain over time. In fact, individuals recorded an increase of 3.4 lbs. after every four years. 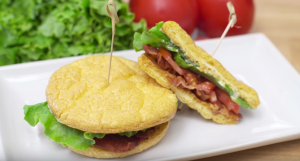 Thus, going potato-free in your diet could be the best way to fight weight gain. With the potato-free diet, you can also avoid irregular blood sugar levels and inconsistent appetite. Being high in the glycemic load, potatoes are digested faster and can cause insulin and blood sugar levels to surge and then immediately dip. This effect will lead to an individual feeling hungry faster than normal and may lead to overeating. The rapid increase in blood sugar level can lead to a rise in insulin production which might not be friendly to a diabetic.

The disadvantages of the potato-free diet

Eating a potato-free diet means that one will miss the minerals that the white potato is rich in. Potatoes are a very good source of potassium. The potassium ions are important in keeping the blood pressure at a normal healthy state. Excluding the potato will, therefore, reduce your potassium intake and consequently affect the body’s blood pressure. Potatoes are also stuffed with phytonutrients such as carotenoids, caffeic acid, and flavonoids. These phytonutrients are essential for fighting bacteria and maintaining the general health of the body.

White potatoes are also rich in vitamin C which is an antioxidant. It prevent cases of cell damage, may help in digestion, blood pressure, and heart health. Avoiding the white potato, therefore, means that one has to suffer the opportunity cost of not eating it. A research done in the United Kingdom in 2005 showed that potatoes contain phenolic compounds like the kuko-amine which is known to prevent hypertension. Other disadvantages of using the potato free diet are not so adverse. This might also depend on the way the potato have been cooked or processed.